Some statistics from the first season of European Development Championship 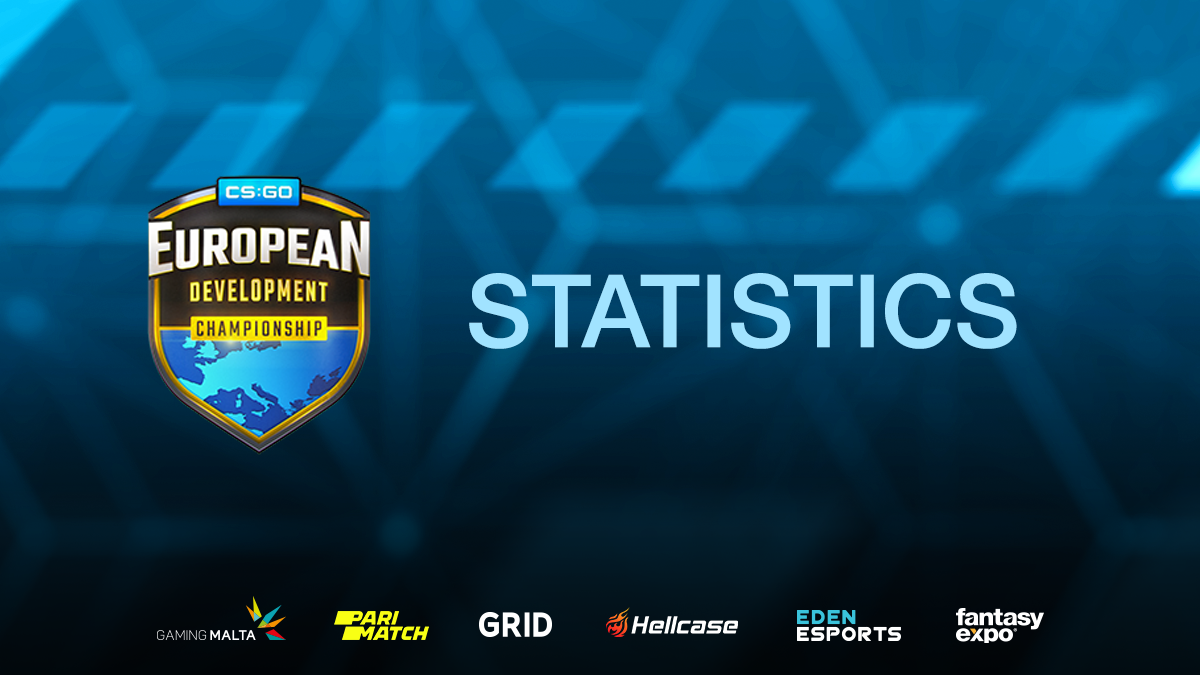 As the first season of the European Development Championship came to an end, it’s worth taking a look at a handful of statistics from recent weeks.

The K23 team won the first season of the European Development Championship, defeating Movistar Riders in the final. David “n0rb3r7” Danielyan had a phenomenal performance in the tournament, with a rating of 1.30 on eleven maps played – the highest among all participants of the event. Danielyan still reigns supreme in categories such as KD-ratio and damage diff per round.

Sebastian “larsen” Larsen scored the biggest number of eliminations with a sniper rifle, who can boast about 105 frags on eleven maps he played. Right behind him was one of the EDC winners Rustem “mou” Telepov, who scored just three fewer opponents. However, Bogdan “xsepower” Chernikov won the most eliminations per round – 0.53 frag per round.

We could watch as many as 14 ACEs in the games. Sebastian “Basso” Aagaard did this twice in a single match at NA`VI Junior, while Alejandro “mopoz” Fernández-Quejo Cano eliminated all opponents first in the BEZ ZP match and later against NA`VI Jurnior.

The fighter with the highest success rate in the opening kills was Arek “Vegi” Nawojski, who won 71% of such matches. This is an impressive statistic when you consider that Illuminar Gaming finished last in their group.

The most popular map of the first season of EDC was Overpass, which appeared on our screens twelve times, then Mirage and Dust2 were played 10 times tied, then Vertigo and Inferno 6 times, and at the very end Nuke (5 times) and Train (4 times). The most one-sided location was Train, favoring the counter-terrorist side (CT56.4% / TT43.6%) and the most even Nuke (VT21.8% / 48.2%).