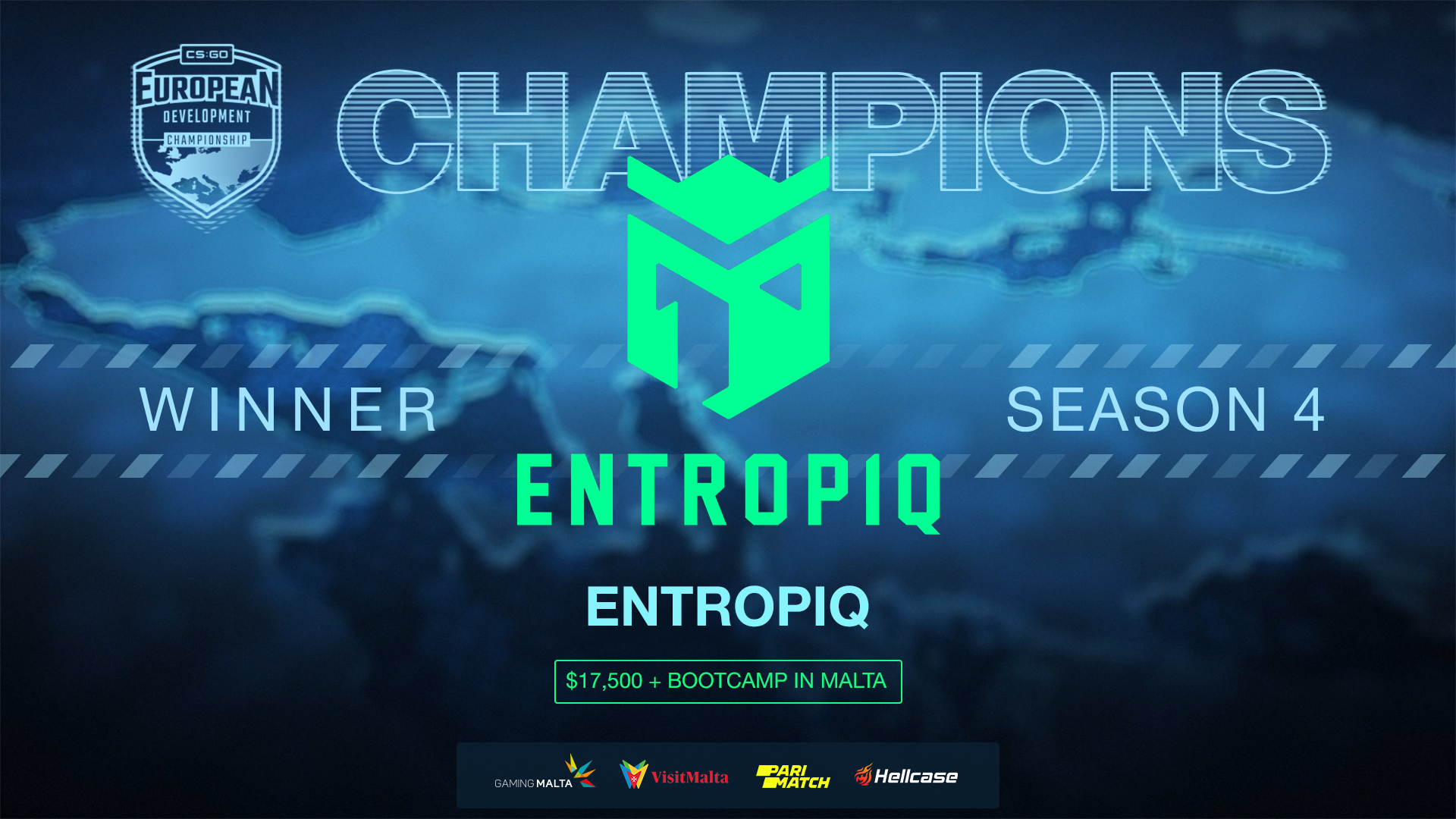 Final game of the 4th season is over. Team Entropiq turned out to be the best out of all participants and defeated DBL Poney in the grand final.

On their way to the championship title they had to face and defeat 5 teams – Izako Boars, Fiend, Trident, Sangal and DBL Poney. The group stage kicked off with a very close 16-14 victory over Izako Boars, followed by a 2-0 victory in the group final against Fiend. In their quarter-final match, they picked up a 2-0 victory over Trident, and then faced Sangal which has been the first team to win a map against Entropiq so far. The match went all the way to the third map, where team representing Russia won 16-14.

The grand final which took place on June 27.06 was a very interesting one. Team Entropiq, despite losing the first map 16-3 to DBL Poney, managed to came back to the series and won 2nd and the 3rd map, becoming the European Development Championship season 4 champions. 16-12 and 16-8 were the scores on those maps, and Entropiq seemed to be in control of situation all game long. The MVP title for the grand final went to Igor ‘Forester’ Bezotecheskiy. As a prize, they’ve earned 17.500 $ and bootcamp in Malta. The details about next season will be announced soon.