The Semi-finals of the European Development Championship are over. We know the teams that will meet in the grand final 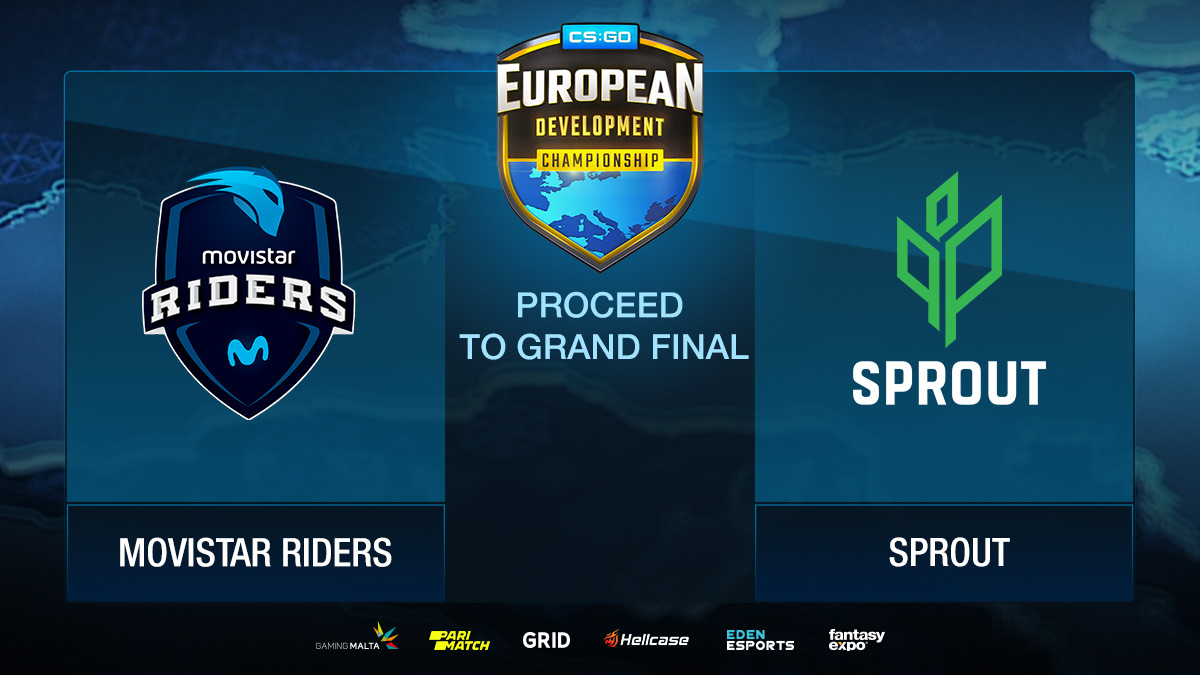 Second season of the European Development Championship is coming to an end. The grand final, where Movistar Riders and Sprout will meet is ahead of us. The winner will get $17,500.

The semi-finals kicked off with Movistar Riders facing team Nemiga. First of the maps was very close, but eventually players representing Spanish organization managed to win it 16:14. The most important round was the 29th one, where Kristjan ‘shokz’ Jakobson managed to win a 1v2 clutch with only 2 HP and a desert eagle in his hand. He secured 15th round for his team, and they won the last round as well. On the second map, Movistar Riders left their opponents with no chances and proceeded to the grand final after the 2:0 semifinal.

The second match of the day was a battle between Sprout and Sinners. Despite the fact that the team representing Czech Republic won the first map 16:5 and was winning 8:2 on the second one, Josef ‘faveN’ Baumann and his team came back to the game and won the whole thing with a 2:1 result. He did an incredible 2v5 ace to finish off the last map, and secured his spot in the grand final.

The last match will be held tomorrow at 15:00 CET. The game will be broadcasted on Eden Esport’s official channel:
https://www.twitch.tv/edenesports