We know the quarter-finalists of the European Development Championship Wildcard 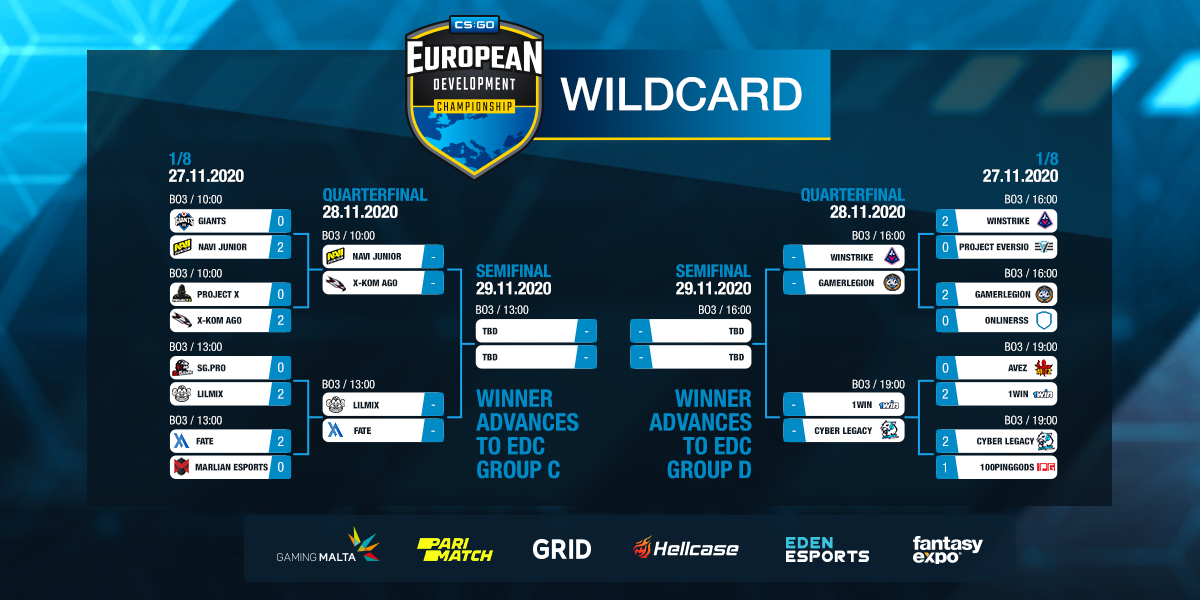 Eight teams survived the first day of the fierce fight for the place in the European Development Championship and four of them will play tomorrow.

The first day of matches at EDC Wildcard went smoothly, but of course there were some surprises. The favorites failed in a few matches, which added a lot of spice to today’s games.

In the inaugural duel, Na`Vi Junior defeated the Portuguese Giants team despite the fact that the fox’s team theoretically seemed to be a better one. Also, x-kom AGO eliminated Project X with ease. Thanks to this result the representatives of the Na`Vi academy and “Hawks” will play the first quarter-final tomorrow. The winner of the mentioned clash will face FATE or Lilmix, who today defeated Marlian and SG.pro respectively.

There was quite a surprise in the second ladder. Polish AVEZ Esport was outclassed by the Russian 1WIN squad, which gave the “Octopuses” only two points on the second map of the very duel. All the results for today are as follows:

The quarter-final matches will start tomorrow. Here is the schedule for Saturday (28.11):

Broadcast of all the matches will take place on twitch.tv/edenesports.