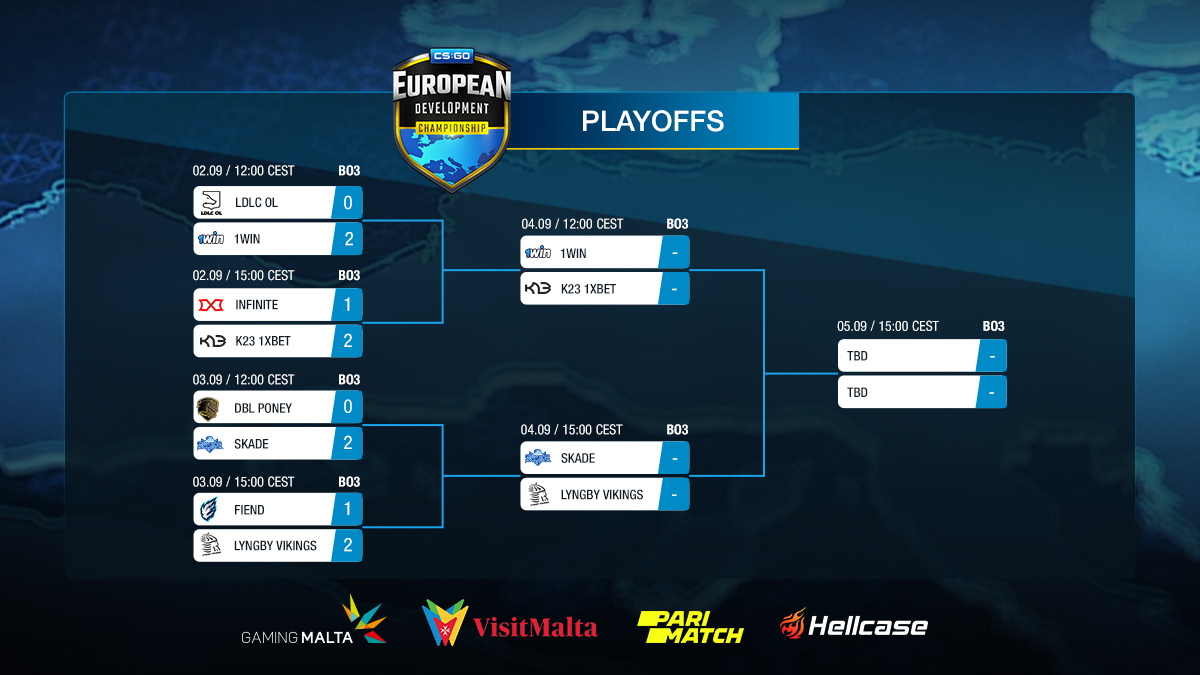 All of the quarter-finals are now over, which means we know the top4 teams of the 5th season of the European Development Championship. 1win, K23, Skade and Lyngby Vikings managed to proceed to the semi-finals and will compete again on September 4th.

In the opening quarter-final, we’ve seen Russian team 1win competing against LDLC. Despite the fact that the French team is seeded higher in the HLTV ranking, team 1win managed to win the series with a 2-0 result and looked incredibly strong during the game. They will now face K23 – a season 1 champions, which has won their match against Infinite after a very close game with 2 overtimes in first two maps. On the second day of the quarter-finals, season 3 champions – Skade showed us a great performance and won 2-0 against DBLPoney. They will now meet Lyngby Vikings in the semi-final, which has defeated Bulgarian team Fiend. Unfortunately, due to the schedule clash with another event they had to forfeit the first map and kick the series off with a 0:1 result.